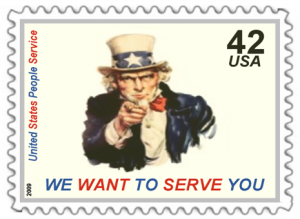 SO today, I will go a little postal …

Let me begin by saying that when I created this blog, I was more than a little concerned about my personal privacy. So much in fact, that I hesitated sharing my actual name, let alone my home address. And I couldn’t afford a post office box ( still can’t) so I did the next best thing and decided to take advantage of a FREE General Delivery service long provided by the United States Postal Service as a temporary solution to provide a mailing address for those who might want to contact me that way.

Well, over time, I realized that the privacy issue seemed the least of my concerns and slowly but surely I revealed alot more details about myself as a show of good faith. It was kind of liberating actually.

And I have since posted our names and real address , as well as other pertinent information on our [Please Donate] page ( left)

But let me get to the peeve.

A week or so ago I called my local post office for the first time to see if we had received anything by way of general delivery. The postal clerk was very abrupt with me, and I could actually hear her exasperated sighs ( not to mention the phone being slammed down in my ear ) as she went to see about my request .

Ok, I gave her the benefit of the doubt. Maybe she was preoccupied, having a bad day,overworked, underpaid, whatever! I know I have my days too.

Mind you, this is a small town and a small post office. I have never been to that post office when there was more than one other person in line. I am not kidding.

I decided not to call for a few more days not wanting to make a nuisance of myself.

Well, a few days later I tried again but this time she went OFF on me, saying she wasn’t going to do this for me every day, that I wasn’t paying for the service, that I needed to come in person, bla, bla, bla.
OUCH!

As I recall I was overwhelmed with not being able to pay other stuff. That reference to not paying, hit me like a brick.

I was like…. Really are you kidding me? I mean how dare she speak to me so rudely? My face turned red, and tears stung my eyes. I was shocked but managed to stutter. I’ve only called twice. I don’t have access to a vehicle during your hours But I promise, it won’t happen again.

I even considered making a complaint to the postmaster. But, I’ve never been much of a complainer and I really do have much bigger fish to fry at the moment. Besides, I thought, it would be like sending your eggs back to a less than reputable cook . Nope, I didn’t want to make waves. But it has been eating at me ever since.

The next time I decided to check, I had my husband do it on his way home from work. NOTHING. I will make it a point to check again later this week but perhaps the general delivery idea, wasn’t a the best idea after all.

Seriously though. What is wrong with the USPS? Not all, but many of their employess? It used to be the job that everyone wanted. Great pay, hours, benefits! Why so disgruntled? Geez!

When I was working in property management I saw a change for the better in their services. Especially in their customer service but apparently that change was short lived.

Since I ‘ve lived here, they have closed several mail facilities and mail coming from other areas of Florida can take up to ten days by regular mail which I find ridiculous being you can have something delivered from another part of the country in three . This has actually caused problems within my own family when they sent something to me and I didn’t respond quick enough because I hadn’t received the letter or invitation or whatever YET . Yes, sometimes it is like we’d be served better by pony express.

No wonder they are SLOWLY going out of business!

5 responses to “You’re kidding me right?”