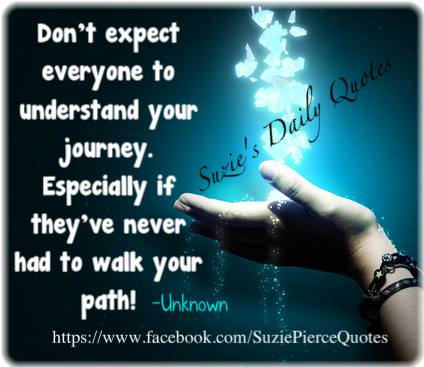 No … I don’t really expect every one to understand my journey or the people in it. Many have urged me to move on. That these ancient family connections don’t exist for me anymore. Oh but they do! This has never been so apparent before in my life.

Friday evening, I went to bed early and fell fast asleep which is rare these days. At right before midnight, my dear husband sat gingerly on the side of my bed and did his best to wake me without causing alarm. He put a hand on my shoulder and shook me gently.

“Honey.. wake up babe. I need to talk to you. Listen, we just got a call, from Stephanie. She wants you to call her. Sarra died.”

Sarra ( not spelled the same ) but also the name of one of my daughter-in-laws who recently learned of a blood clot on her lung.

That’s when my eyes popped open and searched his face for reassurance that my grandkid’s mother was alive and well .

In my waking FOG I heard him clearly. But none of it rang true. Surely a hoax? A bit of really bad dramatic revenge, orchestrated by a few in the ‘family’ to stir things up with another part of the family ?

“Stephanie who? What did you say? ”

I stumbled down the hall, with my husband close behind me to steady me as I waited for the circulation to return to my legs.

I slumped on the couch.

What now? Start from the beginning?

Patiently, he explained himself again slowly.

Then he put coffee water on and handed me the phone.

Hello Stephanie. This is Sherry. What’s going on?

What do you mean Sarra’s dead? I was just chatting with her earlier.

IS this a hoax? I demanded.

Talking to my niece, a stranger to me!

I heard her voice CRACK, and then soft crying.

I heard, through her mumbling ( and my husband’s chattering ) another voice in the background. It was her husband relaying the information he was reading off the internet.

“No, it’s not a hoax, I am afraid! My husband is reading the article now. Do you know how to reach Uncle TJ?”

This brief interaction with ‘my niece’ began a strange odyssey, of familial connection, and reconnections. An estranged family, of adoptees, exes, ex in-laws and misfits coming together in anger, love and in grief over a life cut short.

I spent the first 5-6 hours in FB chat trying to make sense of it. Speaking to a slough of nieces who I didn’t even know.

Reading POST after POST of information, misinformation, tributes and written assaults from another part of the family.

A remix of pain, disbelief and anger.

Tommy ( my step son) was flying down from the northeast.

He was not responding to anyone.

TJ. My biggest concern was missing.

Suddenly I FELT that I was sought after as the pillar of strength, the voice of reason, a source of information for ALL CONCERNED.

It didn’t MATTER that I felt completely unworthy of the challenge. I tried never-the-less.

I also had to contact MY OWN children and share this news. They , took it well and rallied to support me.

TJ. My biggest concern was missing. I worried that he’d find out his youngest child, and only daughter was dead on Facebook.

I dared NOT voice those concerns publicly. The ‘other side’ of this clan were being vocal enough about it. Besides, I did not want to shut down the lines of communication by pissing someone off.

I kept most of those feelings to myself.

As for TJ, who was already struggling with his own disheveled life, would go over the edge with this news, I was certain .

He did in fact learn of his daughters death on Facebook sometime Saturday morning.

Thankfully, he LOST IT in a public place, and the police were called as well as local friends who consoled him. Tommy was close behind.

But no one knew this until later on in the day.

Once I could no longer hold my eyes open, I laid down for a few hours.

When I woke, I had several messages on my FB book page and in private messages.

One was from TJ.

Later, yesterday evening, I got a message from TJs first wife ( I was his second)

TJ was with Tommy and they were on their way to Port St Lucie to her home after trying to connect ALL DAY .

Whewwwwwwwwwww. I was relieved. Besides thinking that it was very kind of her to relay that message to me. I thanked her.

Funny, from that point on, the family broached this fact gently to me.

“Did you hear? TJ is with Pam. Did you know that?”

I couldn’t help but laugh at their transparency. I knew they MUST be thinking the same about myself, and our strange but long-lasting alliance.

HA! Like it would really matter to me that he was with his ex- EX. lol

I was just glad he was safe.

It was TJ. Tommy and HIS mother could be heard in the background talking.

He just wanted to keep me informed as to where he was and his side of the story as to the events of the last painful 24 hours .

I was so glad to hear from him.

Knew that no harm would come to him with Tommy watching over him.

I took a deep breath when I got off the phone.

I made dinner and my husband and I settled back into our evening.

This saga is long from over.

Especially for those closest to the events.

I am SO amazed that my husband was so supportive through it all.

Noone in My own BIRTH family ( other than my children ) have responded.

Several good friends did come forward and offered to help me as I processed this information.

Several others left condolences on my FB page.

From what TJ told me last night. Today, himself and Tommy will start making funeral arrangements.

I still don’t know if I will be able to go BUT plan to if at all possible. Depends, on if I can secure a train ticket and a safe place to stay for at least one night.

My husband have given me his blessings in my decision to attend if I am able.

I think that the one thing I learned from all this IS just because a divorce occurs, doesn’t mean you simply disappear from a family’s roster.

I just can’t walk away and pretend this part of my life, never existed.

Though for awhile I thought I could.

That I was FORGOTTEN by tiny little girls and pretty pink dresses. My only memory of these NOW grown women who still call me Aunt Sherry ( and in doing brought tears to my eyes and made the hair stand up on the back of my neck)

Yes LIFE indeed goes on ( but whether I am present or not ) or ( like it OR not ) I am still a part of theirs.

And as strange as it may seem , I’m OK with that.

I also find comfort in knowing that something good is coming from Sarra’s death.

For those who don’t understand this connection with my past, Oh well, that’s on them!

Thanks to my blogging friends for all the kind words and support.

God Bless You All!