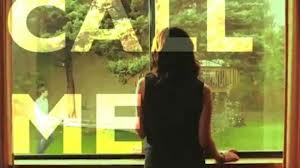 Still waiting on the call that could potentially change our situation. I was up early ( and as always hopeful ) The phone began ringing early. Every time it rang, my heart leaped out of my chest.

The first call was from Shannon, the man who my husband is ‘partnered’ with, with specifics about Saturday’s gun show. The second call concerned my husband’s Medicaid application. The third was from a bill collector. And the forth was from TJ asking ( ME, of all people) advice about what (he) should do with the rest of his life. Specifically on whether he should stay in Coral Springs or move to Florida City where he has a job waiting, and to be closer to his step daughter who is imprisoned there.

Still no call from my potential employer. 😦

SO, I broke one of my rules and called them back. And spoke to the boss, I think. I had a brief encounter with him yesterday and recognized his voice although there was something softer to it this evening.

More importantly, he seemed receptive to my call ( he even called me Sweetie ) which is not always the case, however I know nothing more, other than the man I interviewed with won’t be back in the office until 9 am tomorrow morning.

There’s still hope ( if only a glimmer ) but more waiting. Waiting is all I seem to do these days.